Sinkholes are a geological hazard that occurs in areas underlain by soluble bedrock such as limestone.

The term sinkhole is used for closed depressions in the land surface that are formed by solution of near-surface limestone and similar rocks and by subsidence or collapse of overlying surficial material into underlying solution cavities. Sinkholes occur in limestone, dolomite, marble, gypsum, anhydrite, or salt. About 15 percent of the United States is underlain by rocks that are conducive to sinkhole development.

Many buildings have been damaged by sinkholes without a collapse. There may be signs of cracking and what appears to be settlement. To determine if there is sinkhole activity you must do testing this is done by licensed engineers, who will do deep borings. These borings will determine the soil content as well as the compaction of the soil. After they complete the borings, they will produce a boring log which shows this information and it can be used to determine if there is a sinkhole activity. 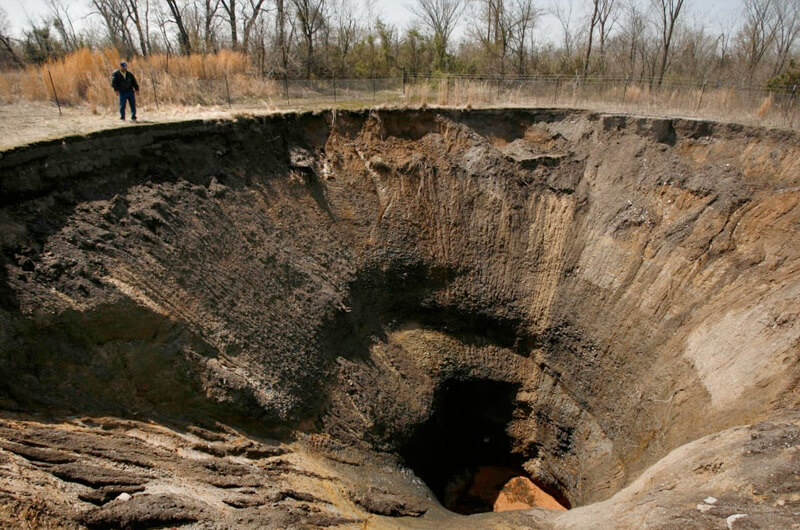 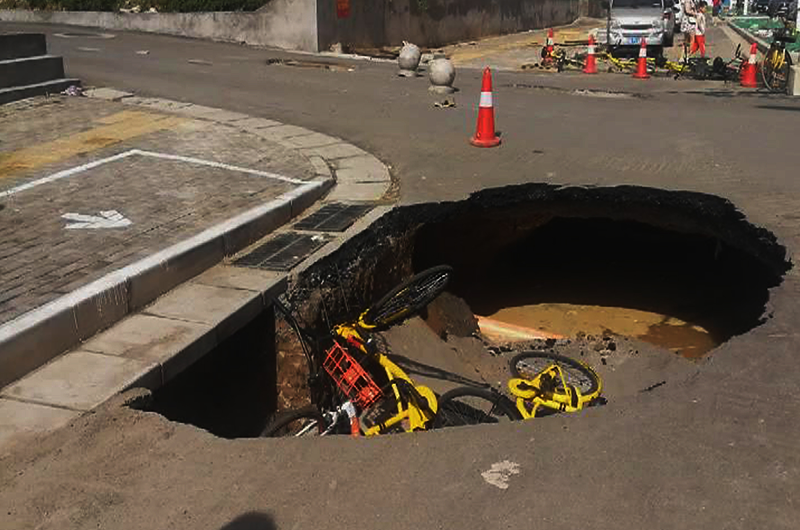 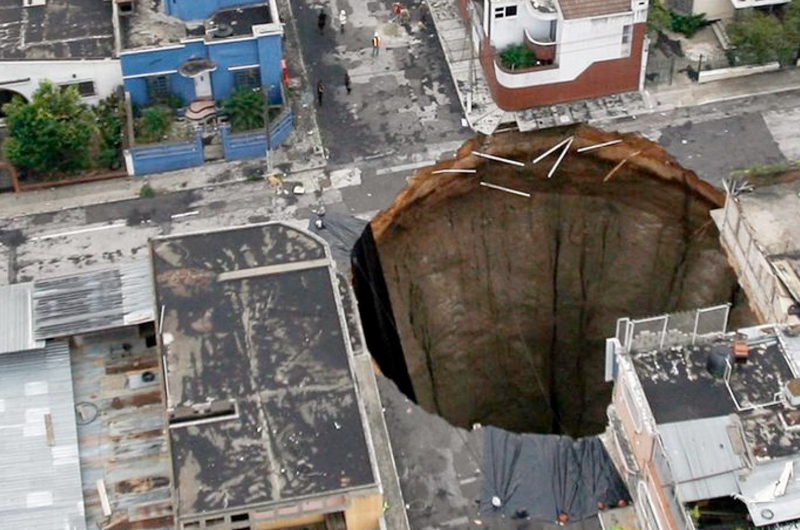 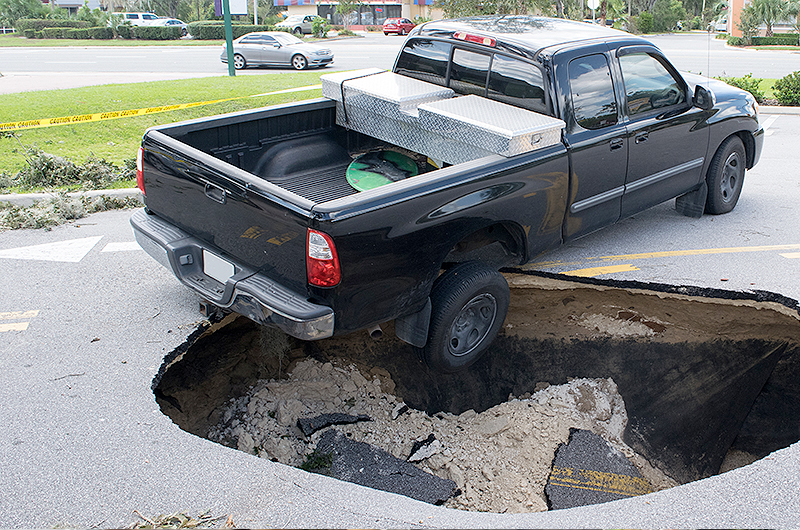 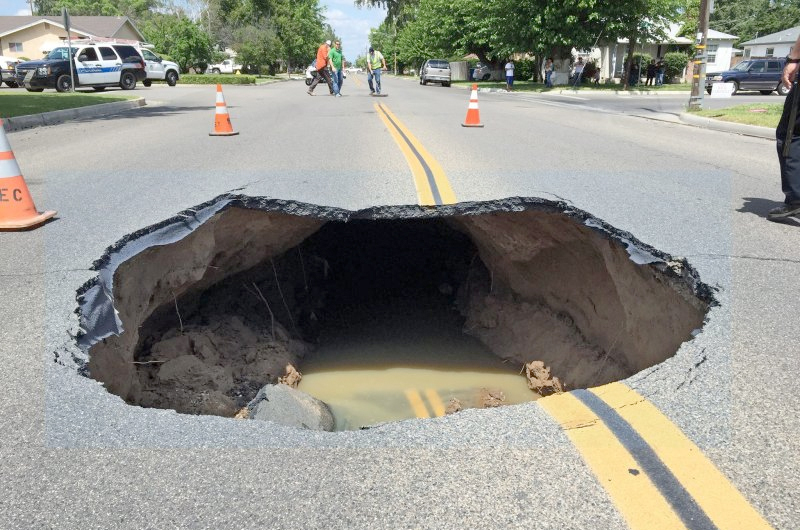 If a building has been damaged by sinkhole activity it can be restored but first you must stabilize the structure. This can be performed in several different ways depending on the situation. Some common techniques for stabilizing the structures are Underpinning, Injection Piers, and Compaction Grouting.

Stabilization of a structure using underpinning can safely transfer the weight of the building onto the bearing strata. They can be used to lift the structure back to its original elevation. Underpinning is done using piers which are made up of a bracket with tubular steel pipe. The brackets are installed and a hydraulic jack is used to push the pipe down to load bearing strata until the building starts to lift. This system is placed around the perimeter of the building as per engineer’s specifications. Once this is completed the building can be lifted and leveled to its original condition.

Compaction grouting is used to stop the downward migration of soil particles. Grouting fills the voids in the limestone and strengthens the soils weakened by sinkhole activity. Grouting is accomplished by using injection piles drilled to the desired depth then the grout is pumped to a certain pressure. Once the pressure is reached the pipe is raised and grout is pumped again, to the required pressure. This procedure is continued and monitored by the engineer until all areas meet the required specifications.

Injection Piers are a combination of underpinning and compaction grouting. Like underpinning a bracket is installed at each pier location. A perforated pipe is driven down to the bedrock and the building is lifted to a level position. Compaction grout is pumped through the perorated pies into the soil. The grout serves two purposes it stabilizes the soil and provides lateral stability for the piers. An engineering plan will specify the best system to use and the contractor will proceed accordingly. ULTRA works with the engineers and licensed subcontractors to perform the proper sinkhole remediation and provides itemized cost estimates for the entire restoration project.